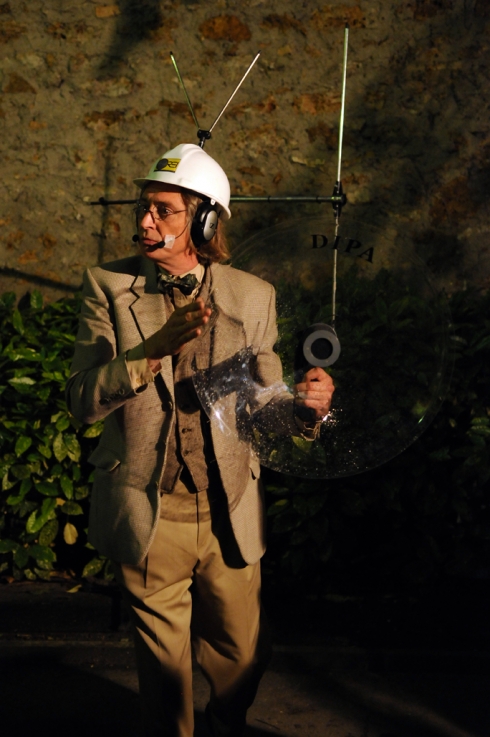 His main source of inspiration is our everyday surrounding, with its sounds, vibrancies and harmonies coming from natural or industrial elements, His unique creations offers an « unheard » perception of our sound environment and renew our relation to music.
Born in 1956 in Algeria, Michel Risse studied music and percussions at the National Conservatory of Music in Strasbourg and at the Paris 8 University (honors degrees in music), but also with Northern African traditional musicians, and many rock, jazz, dance and alternative bands, as well as with different artists, such as Moondog, Vince Taylor, Angel Parra, Nicolas Frize, Herbe Rouge, le Grand Orchestre Bekummernis, and many others. His experience as a percussionist, multi-instrumentalist and improviser soon led him to record many stage and film soundtracks.
In 1972, he starts composing his first « décors sonores » (sound sceneries) – electroacoustic installations for public places.
In 1985, he founds Décor Sonore of which he is today the artistic director.