A story of (acoustic) horns, (hearing) trumpets, and (sound) dishes

Between the introduction of aircrafts in warfare and the invention of the radar, only the human ear could detect enemy planes, with the help of huge stereophonic cornets, resembling giant swivelling hearing aids, which operators – often musicians – were assigned to monitor permanently so as to listen to the sky and thus guide anti-aircraft defence shootings.

It was most likely in one of the many TV documentaries about the “Great War” which I used to watch in my younger years, that I first glimpsed one of these strange devices. Whether it was because of the magnificent giant receivers set on a rotating turret, or the concentrated, expert expression of the modern hero caught in the act of listening – anyway, the vision has haunted my mind ever since, with the power of a mythological image or a primitive scene. 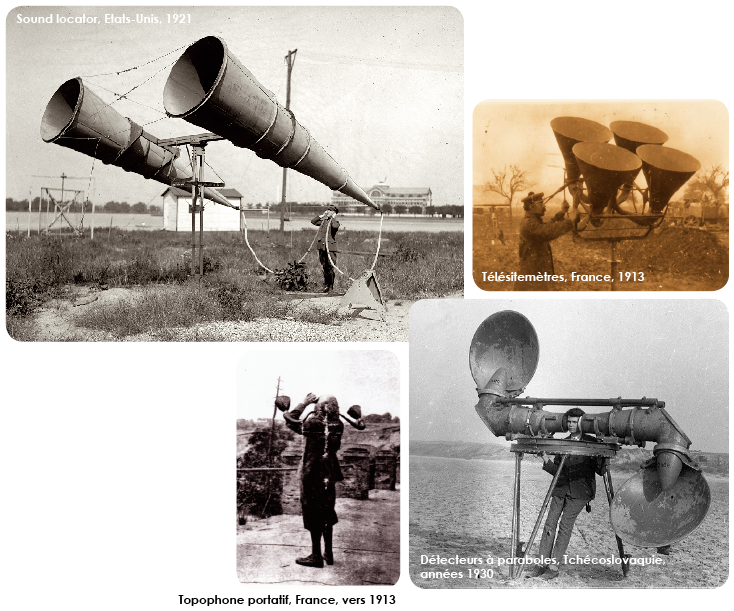 It was the ultimate anti-cannon, anti-war symbol: a device meant to receive sounds instead of firing missiles, without renouncing a shred of military prestige nor the explicit wonder of military technology. I immediately envied, and probably identified with this hero who, thanks to his own ears, could save lives without sacrificing any.

Many years later, these wonderful objects keep fascinating me, and thanks to them, I hope to share my unquenchable thirst for listening to the universe. 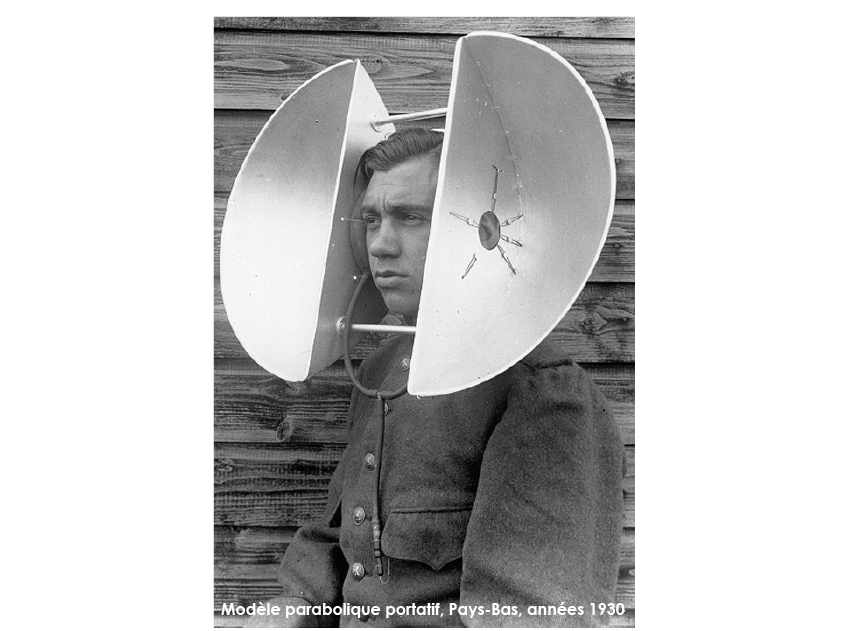