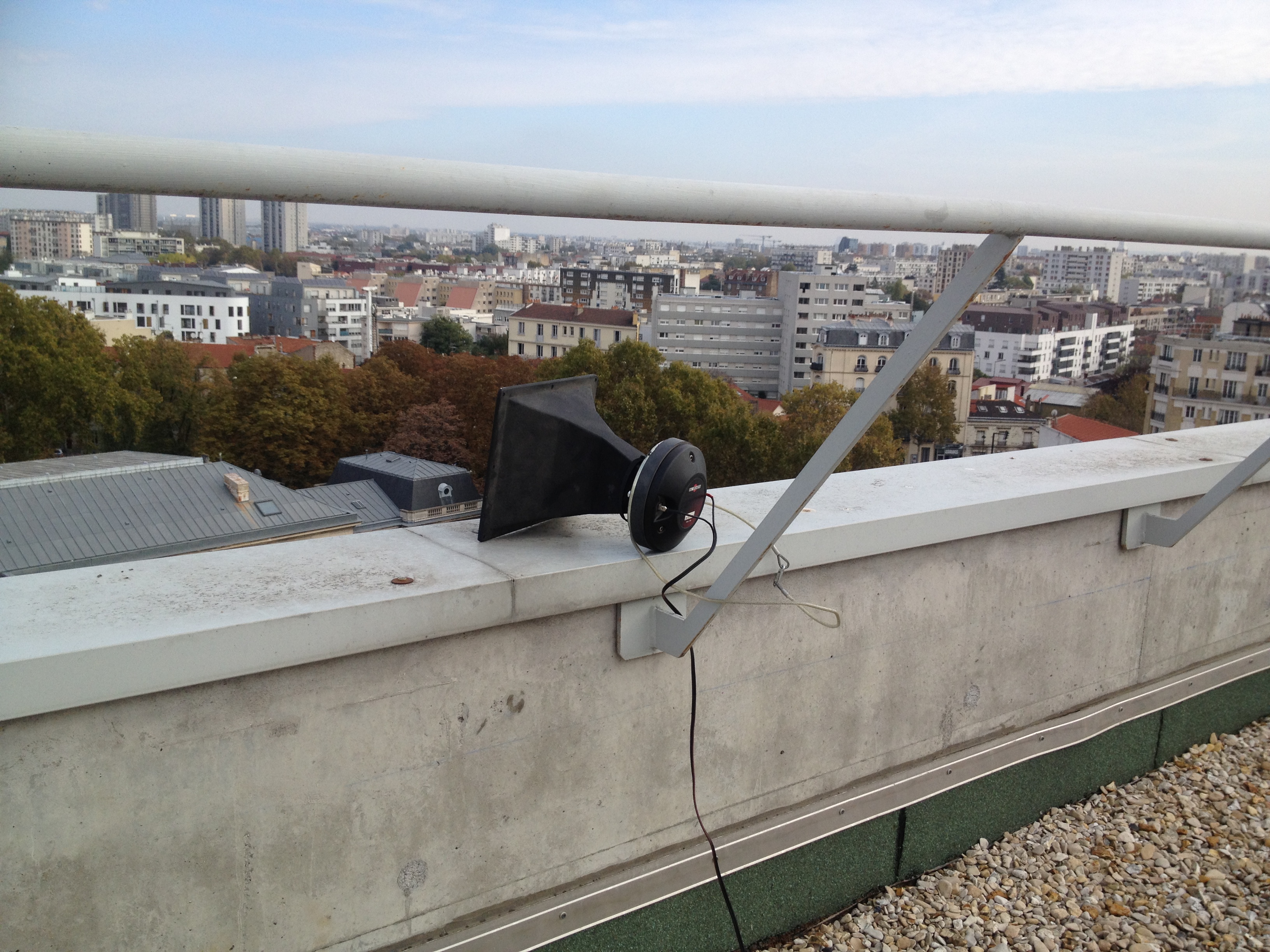 The principle of the installation is to spread at 360° sounds moving through multiple ultra-directional loudspeakers placed on an overlooking place – like an acoustic lighthouse – so that the played sounds can never be heard as coming out from the source but from all the various reflecting urban elements around. The composition interacts with the déjà-là, all the “already there” daily sounds that everyone knows but never listens to. Inspired by these sounds, the creation alters them in return through digital treatments, reflexions in the architecture and movements in space, willing to organise this chaos and to arouse the hearing of passers-by intrigued by these sound illusions.

Therefore, the city transforms the sounds, the sounds transform the city. 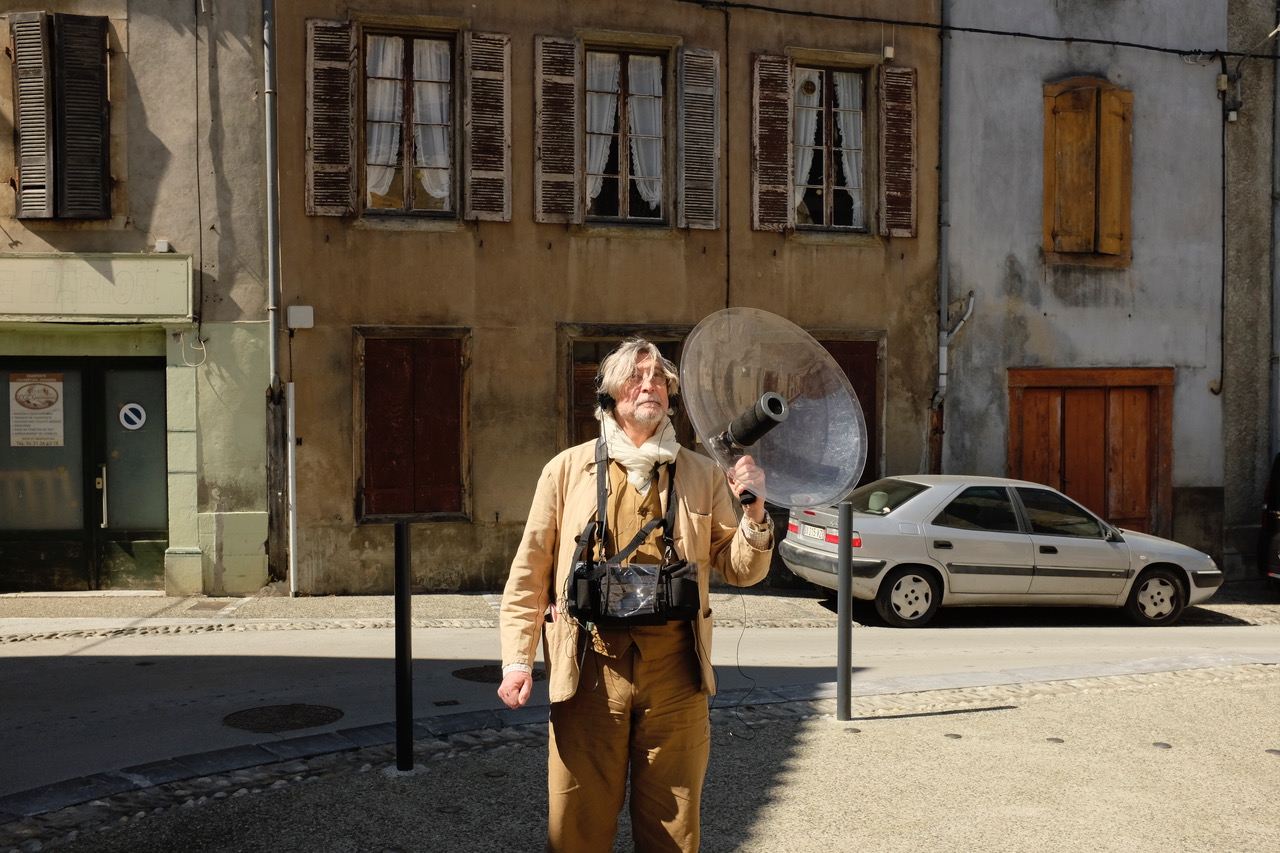 Time is essential in the creation process : the first step is listening to the environment, understanding the rhythms of this specific neighbourhood, in order to produce well-placed sounds that can interact properly with the soundscape. The installation is set up progressively, playing a few sounds first, paying attention to their reflections and to the reactions of the passers-by before experimenting another sound, another timing, and so on. In the meantime, sounds are recorded on site and integrate the ever-changing composition.

The whole process lasts approximately a week, at the end of which appointments can be made with an audience, taking the form of sound walks or open-air concerts with live musicians. 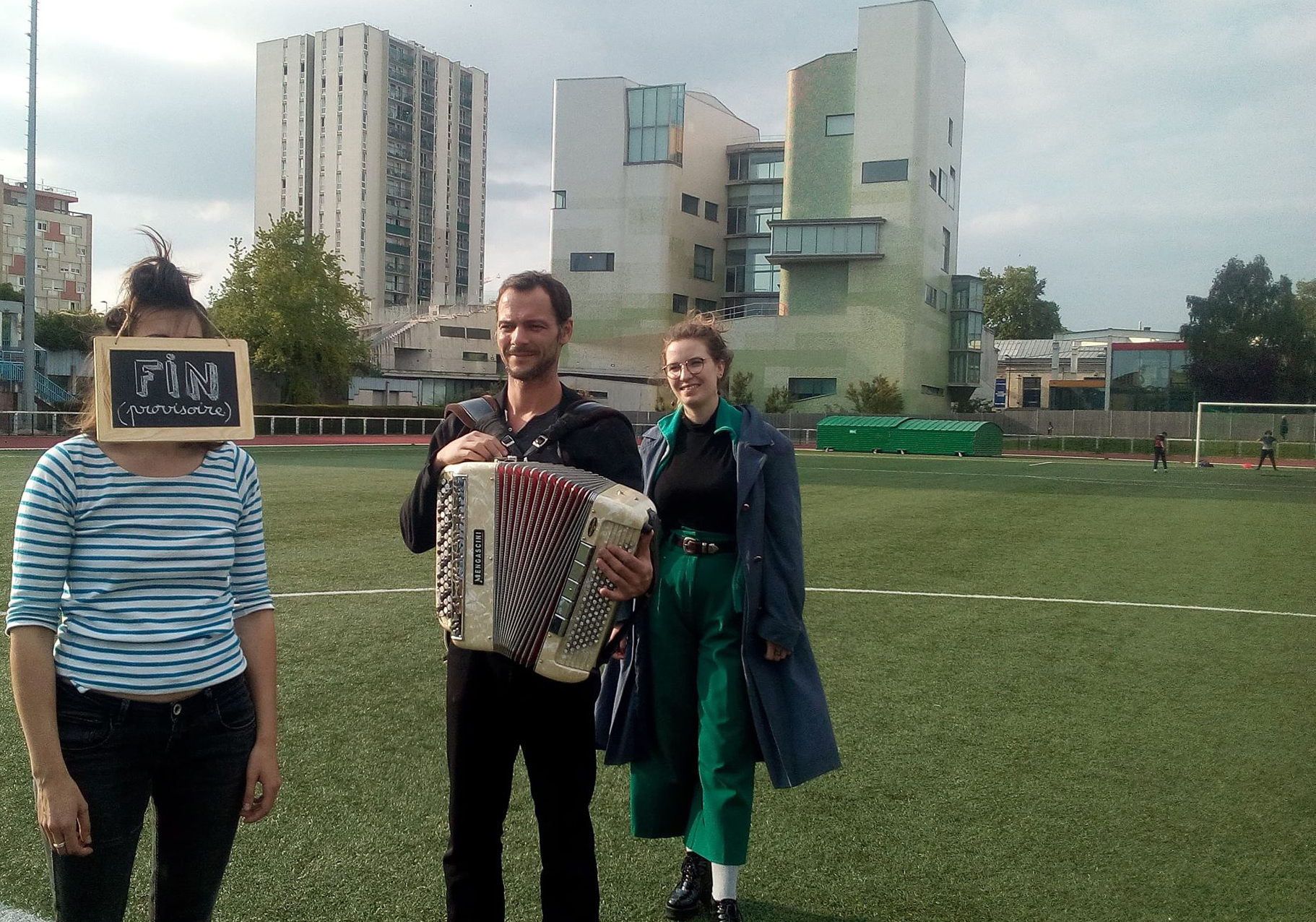