One of the utopias that this project flirts with is the reunification of forms which, over the centuries, have progressively become separated and isolated while also  becoming more refined : dance, costume, music, the graphic sign and figure, drama, physical exploit... 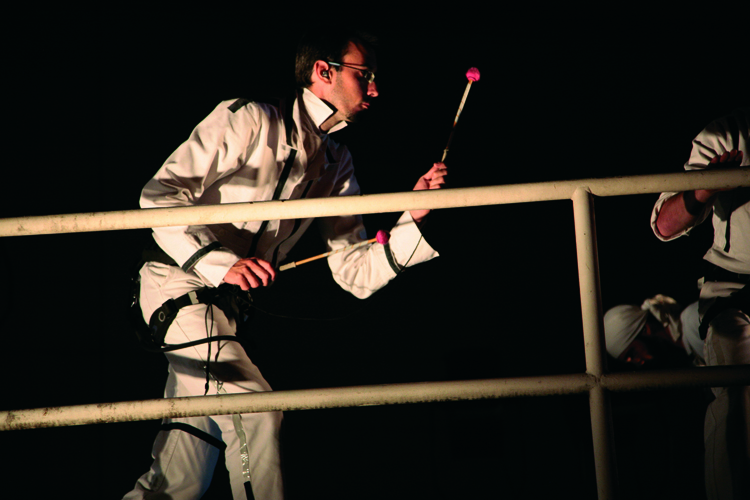 Rather than summoning experts from every discipline and joining them in a sort of multimedia opera, or in a new attempt at synaesthesia, the idea is to establish an approach which would integrated them all, naturally, by starting over with necessary movements, simple intentions, and obvious facts.

The first intention here is to propose a listening.We start off from a kind of instrumental movement, by looking out for tones provoked by this movement, but also for how this movement engages the body, and then what the body expresses or evokes by carrying out this movement, how it reacts to these tones and is guided by them.

In order to propose a listening, especially of new forms, you also have to show it; here each movement or gesture exists because it produces a sound. In each new situation, the borders between choreography, theatre, physical exploit and instrumental movement becomes blurred.