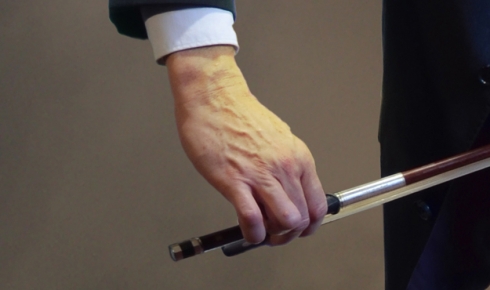 A city's soundscape is an inexhaustible source of musical and poetic inspirations.
Urbaphonix listens to it, plays with it and invites you to share it during 8 live urban performances:

Without a word, all of a sudden, a moving five-person crew enters into the soundscape. These explorers play, live and on-site, with the technology, sounds, objects, and people they encounter.
Sorts of “Street-Jockeys,” without turntables or synthesizers, the musicians of Urbaphonix listen to their sonic surroundings and compose using only what is already all around us but what no one listens to: the mechanical sounds of traffic, the hums of heating ducts and air conditioning vents, bodies, conversations, and, especially, urban furnishings, which serve both as the stage and as a limitless source of instruments for this instant theater.
Disciples of Luigi Russolo, Pierre Schaeffer and Murray Schafer, they faithfully apply John Cage’s advice: “If a sound disturbs you, listen to it!”