Michel Risse in residence with Les Commandos Percu for their new creation « Destruction ! »

As part of the Fabrique Sonore, Michel Risse takes part in the residence of creation at l’Abattoir (National centre of street arts in Chalon-sur-Saône) for the Commandos Percu’s new creation : « Destruction ! », from February 7th until 11st. 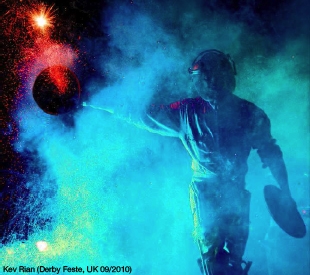 Refering to Hegel in his History’s philosophy, the company Les Commandos Percu gets onto the saving and fruitful topic about destruction : the advent of a new world supposes a destruction, not as a collateral damage, but as a driving force itself. The firework musicians recreate on stage this elementary phenomenon, with a striking musical scenography and a dramatic choreography. This new musical, theatrical, choreographic and pyrotechnic creation transmits the beauty of this process, with its sublime, organic, philosophical and universal aspect.

Learn more about Les Commandos Percu on their website...