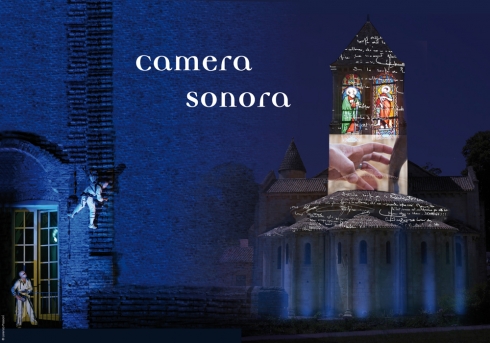 In situ creation for the Romanesque church of Saint-Hilaire in Melle (Deux-Sèvres, France) : the Instrument|Monument program took an unprecedented video dimension, with the collaboration of the company KompleX Kapharnaüm.

Initiated in 2000, officially launched in 2004 (« State order » program), Instrument|Monument has revealed the sounds of the most diverses architectures in many countries over the past ten years.  In this project of in situ musical writing and absolutely non-reproducible live shows, each performance is created on-site, and therefore, for the site. They all comply with the same composing rules, among which, the fact that any object heard or displayed in the show must belong to the site or its environment, considered as the sole source of instrumental, scenic, sound, plastic or choregraphic matter.

Socilited to present Instrument|Monument at the closing night of the « Nuits Romanes » festival on the church of Saint-Hilaire (Melle, France), Décor Sonore invited KompleX KapharnaüM to create together camera sonora : a unique show in which the site and its context remain the music instrument and main inspiration to the composition, but where the video work reveals in live dimensions which had been so far invisible, of the objects, moves, gestures and memories. 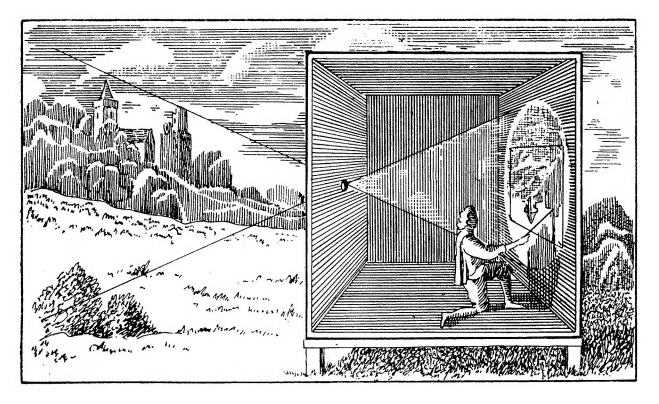 If the camera obscura, « dark room », of 16th century painters, and then of photographers, then became the « video camera », here the camera is digital and sonora : revealing the instrument sounds, moves, shapes and materials which, without it, would remain invisible to the naked eye.

Before denoting a « room » in Italian, the Latin word camera referred to the « vault », a hallmark of Romanesque buildings. The vault is also present in the mystical « triple vaulting » in the churches and abbeys of this time : the « buccal vault » where speech and singing emerge, before echoeing in the knave’s « amplifying vault » and soaring towards the « heavenly vault » !