2009 CREATION
The Work Sites of the O.R.E.I.
In an atmosphere of marvelous science and sound poetry, researchers show around their archeophonic excavation site. 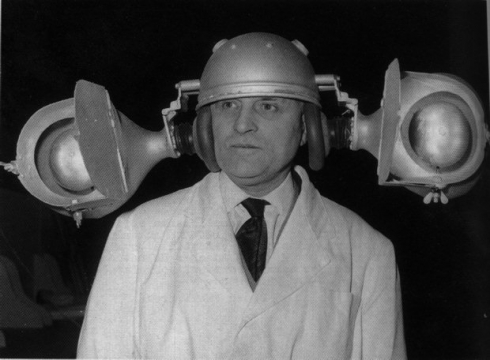 Based on scientific texts and theory as surprising as serious (if not testified), on unique sound and scenic devices, and on a truly participative theatricality, each installation set up by the O.R.E.I.* team is an in situ creation, renewed by the place's audience, topography and memory.

With the support of :

The O.R.E.I. – The Organization of Research in Invisible Environments * – is an independent laboratory that was founded by Marcel Baudot during the interwar period. Its work was on the acoustic manifestations of our environment, and, in particular, on paleophonic phenomena or the presence of sounds retained by materials.

The work site is composed of several research modules, each one is introduced and led by a guide. The type and the number of modules can vary depending on their relevance to the specific site.